A Force for Good

Over at Cafe Hayek and Carpe Diem, Don Boudreaux and Mark Perry have been discussing a recent interview of Sally Smith, the CEO of Buffalo Wild Wings.  The relevant aspect of the interview is this quote:

WSJ: How are minimum-wage increases affecting the way you make business decisions?

MS. SMITH: You look at where you can afford to open restaurants. We have one restaurant in Seattle, and we probably won’t be expanding there. That’s true of San Francisco and Los Angeles, too. One of the unintended consequences of rising minimum wages is youth unemployment. Almost 40% of our team members are under age 21. When you start paying $15 an hour, are you going to take a chance on a 17-year-old who’s never had a job before when you can find someone with more experience?

I’m not going to rehash their arguments.  I recommend you check it out for yourself.  Rather, I want to discuss something that empirical discussions need to be aware of.

Notice how M. Smith says she isn’t closing down her store, but rather not expanding operations. From a purely empirical viewpoint, this might look like there is no negative effects on employment. The same number of workers are still there.

But what is unseen is the jobs that were going to be there, but are not now. Say BWW would have opened another store with 20 MW workers. Now, with the new hike, those 20 potential jobs are gone. Even if the empirical work shows there were no job losses, the economic cost of the hike is still 20 jobs!  These costs are unseen, but very real.

The debate was very interesting.  I am obviously a fan of Don Boudreaux, but I also highly respect Dr. Dube, who always presents interesting information on the minimum wage.  I’d like to share my thoughts on the debate (and limit it to the debate, as I think my personal thoughts on minimum wage are well-known).

END_OF_DOCUMENT_TOKEN_TO_BE_REPLACED

Thursday night, I attended a debate at Dartmouth College on the minimum wage.  I will post later my reflections on the debate, but first I wanted to share a story.

After the debate, I was cornered in the bathroom by a man self-described as “an old liberal.”  He and I had a very interesting, albeit one-sided, conversation regarding the minimum wage, including the ambiguity of evidence the pro-minimum wage side presented and the lack of any real definitive empirical evidence one way or the other.  But at the end of the conversation, he said something that bothered me.  He said, “we need to run the experiments.”

Every policy, every action has winners and losers.  However, is it necessary to sacrifice people in order to conduct a political experiment?  I contend that, in the light of unconvincing or underwhelming evidence, that no such human sacrifice is necessary.

At the end of the day, we are talking about people’s lives.  It’s unfair to demand they be subjected to potential threats to their livelihood in order to test some person’s pet theory, especially when said theory has very little data to support it.

With VW’s emissions cheating scandal, some have argued this proves the free market cannot be trusted and regulations are necessary.  But, I wonder if the cheating is an effect of the regulation, rather than regulation the effect of cheating.

The following is purely speculative on my part.  I am unaware of any studies done on this one way or the other.  But here’s what I am thinking:

The governments created auto emissions. All vehicles needed to pass those standards to be sold. VW knew their vehicle(s) didn’t pass the standards but had to falsify the records in order to sell them. If those standards didn’t exist, VW could have been open about the actual emissions rather than hide it.

To be fair, it certainly is possible, perhaps even probable, that VW would have lied regardless.  Liars rarely change their stripes.  But the incentive to lie may have been lesser if the regulations weren’t there.

Today’s Quotation of the Day comes from David Boaz from his October 7, 2015 Cato At Liberty article Whole Milk and Humility:

Let scientists conduct research, let other scientists examine it, let journalists report it, let doctors give us advice. But let’s keep nutrition – and much else – in the realm of persuasion, not force. First, because it’s wrong to use force against peaceful people, and second, because we might be wrong.

This is a perfect summation of both the moral and practical reasons why I advocate for free markets.  Free Market economics, aka laissez-faire, isn’t a policy per se, at least not in the sense universal health care or protectionism is.  It’s more of a philosophy.  Whereas universal health care and protectionism require action (the supply of health care or tariffs on imports, respectively), laissez-faire does not require action.  It is merely the idea that individuals should choose what is best for them.

Laissez-faire allows individuals to try and succeed or fail.  No single policy or procedure is imposed.  Instead, thousands or millions are tried.  Therefore, the fallout from any single failed attempt is rather limited.  If someone is wrong, the damage is largely contained to them.  This is not true in non-market settings.

Imagine if the world took Paul Ehrlich’s policy recommendations to solve over-population (forced sterilization, population control laws, etc) in the 1980’s.  His theories turned out to be wrong.  If his policies were implemented on a national or global level, needless millions of lives would have been destroyed, and the world would have become significantly poorer, rather than significantly richer.

Or, imagine if the theories of global warming are incorrect.  What if it’s not CO2 and greenhouse gasses that are causing the warming, but something else?  That would mean trillions of dollars would be spent fixing something that isn’t an issue, and the world would be poorer with nothing to show for it.

Free market economists, laissez-faire supporters, libertarians…we all take the approach of limited government influence because we know we could be wrong.  Each man should suffer for his own sins.  To make others suffer for his is tantamount to sin itself.

“The artificially lower wages in American Samoa provide employers there with a competitive advantage over Georgia job creators,” he said. “This puts jobs for Georgians employed at the Chicken of the Sea tuna cannery in Lyons at risk and could potentially hamper growth in this industry.”

I praise Sen. Isakson for his knowledge of economics, but I am distraught he decided to use it for evil rather than good.  He is right that raising the wage in American Samoa would make the Georgia processing plants relatively less expensive (because the alternatives  are now relatively more expensive), but this is a key example of how minimum wage harms the poor, not helps them.  American Samoaians (who are considerably poorer than Georgians) are facing job losses and reduced economic activity in order to protect the cannery jobs in Georgia.

Sen. Isakson’s tactic hearkens back to the original reason for the minimum wage: to protect white laborers from “unfair competition” from cheap black labor in the South.

The minimum wage isn’t about helping the poor.  It’s about protecting special interests.

Ride sharing reduces drunk driving deaths by up to 5.4% where it operates.  It reduces DUIs by 10+%.

Government: “We must regulate Uber and Lyft because they are a danger to consumers!” 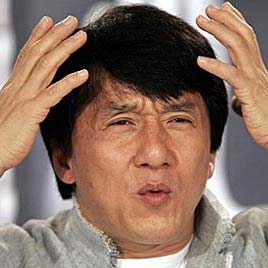 Continuing with the theme of manufacturing, Mark Perry over at Carpe Diem, has a great post on manufacturing.  In particular, this chart I find most interesting.

If you follow the link, you’ll see a chart of real annual manufacturing output per worker.  The gains in productivity of manufacturing workers is amazing: from 1955 to 2010, real output increased 327.5%.  Dr. Perry gives us some more analysis:

I find this amazing.  We’re witnessing a revolution in manufacturing likely not seen since the Industrial Revolution.  It does mean fewer jobs, to be sure, but also greater output, similar to what we saw with agriculture a century ago (98% of US workers were employed by the ag sector at one point, and that was just enough to feed themselves.  That figure is now down to about 2% and we are the world’s bread basket).

Walt Greenway (friend of the blog), summed up the situation very nicely:

It was frustrating and rewarding watching first-hand the change in manufacturing over almost 40 years. From brute strength with 4,000 employees to high-tech automation with 1.000 employees while greatly increasing the tonnage and quality of shipped finished steel daily.

The change involved fewer and much better trained employees working in a safer and more comfortable workplace.

I think Mr. robot can keep the job I hired into in 1973 hanging 180 frames per hour at 50 pounds each from a waist-level conveyor to an overhead moving hook 12-hours-per-day in a poorly heated and non-air conditioned factory. Humans should not be treated like machines.

If we combine Dr. Perry’s chart with my earlier research on manufacturing, it tells us an interesting story regarding outsourcing: outsourcing does not appear to be the major cause of manufacturing job loss in America.  That is not to say no jobs have been lost because of it, many absolutely have, but it appears efficiency gains is the bigger cause.