A Force for Good

A recent blog post by Jon Murphy caught my attention. Since the late 1970s there is a comeback of smaller breweries in the US. Before, since prohibition times, the industry was dominated by only very few players.

I know some older data on the US brewery industry from the FIVE project. Until 1988 the story of the brewing industry looked like a classical shakeout: 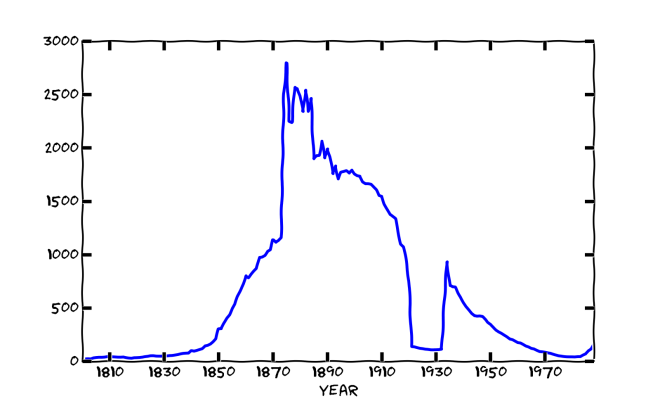 My intuitive explanation for the shakeout would be the improvement of supply chain management and distribution channels which allowed more efficient producers to penetrate the market effectively. Jon Murphy mentions regulation by the US government after the prohibition as another reason. But as the figure shows, the overall trend was already determined long before that. In fact, it is striking how fast the number of breweries finds its way back…